The main challenge of INEXA was the design of a desalination plant maximizing the energy efficiency, also sought the greater flexibility and modularity for its later operation. INEXA was awarded a “turnkey” contract through a local investor who negotiated a BOT (Build, Operate & Transfer) scheme, (https://www.desalination.biz/news/0/Spains-Inexa-to -build-Arab-shipyard-desalination-plant / 7698 /). The end customer is ASRY (www.asry.net) created in the Kingdom of Bahrain in 1977, one of the most important shipyards in the Persian Gulf with more than 5,000 workers and an average annual turnover of 150 million USD.

INEXA made a fundamental decision to execute this project and make the most of the available design and engineering tools in order to minimize losses and errors both during assembly and commissioning. Each part of the process, piping and parts of equipment was mechanically assembled according to the 3D model performed and we are proud to affirm that it was not necessary to perform any welding in the field. This means that all items of the installation (pipes, supports, equipment, etc.) were manufactured in a workshop under controlled conditions, avoiding the problems associated with carrying out these work on the site (eg contaminations in joints due to extreme humidity conditions And temperature, very common in the Middle East). These procedures and metolodology differentiate us in the market and allow us to maintain the most demanding construction standards in each part, minimizing commission losses and reducing labor costs on site.

In terms of energy efficiency INEXA has achieved specific energy consumption for the reverse osmosis process in the range of 2.3 – 2.5 kWhr / m3 of treated water. These figures are very significant in the case of a desalination project for sea water in the Middle East.

3D modeling of the project 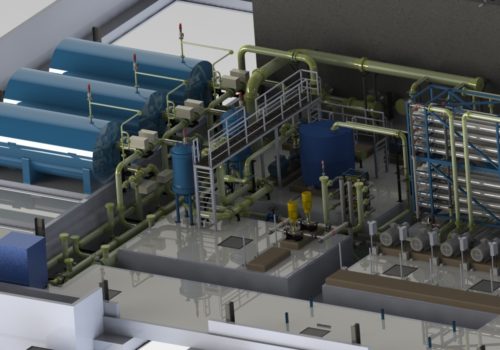 Final result of the project 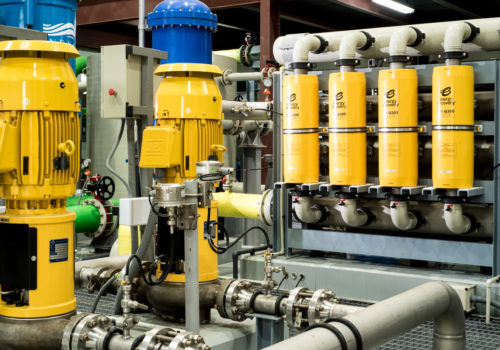 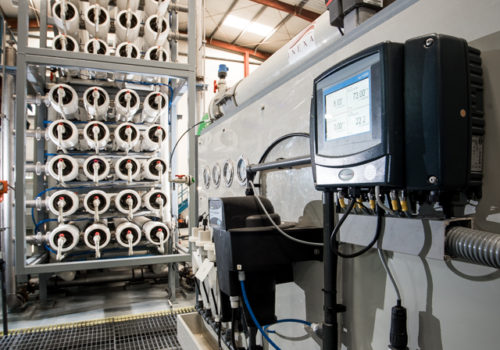